As an Amazon Associate we may earn commission if you buy from a link.

Let’s take a look at the best portable solar power generators on the market. These solar generators are for portable power to charge your devices when camping, at the park or just around your home or apartment if you don’t like the fumes exhausted by gas generators. 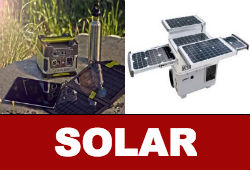 I was sitting at my computer in the middle of the day in summer of 2014… and it was great. I was enjoying youtube videos in my nice air conditioned apartment because it was hotter than a sauna outside.

But then my computer shutoff. My air conditioning shut off. The power had gone out.

Later I would find out a large truck crashed into an electric supply disrupting power to about 400 residents. Including me. I called the utility company and they said the repairs would take at least 6 hours.

Here I was. No fan. No computer. NO POWER!

I vowed to figure out a way for this never to happen again. I at least wanted enough backup power for a Dyson fan, my modem and computer. The fridge can easily cope for 6 hours if I don’t open it.

When the power came I started to research.

Firstly – I lived in an apartment with a balcony the size of a Mini Cooper so a gas generator was not really an option. You know, the fumes would be a problem. My neighbours window is right there.

Second – Again I live in the middle of the city and didn’t want to be producing the noise of a chainsaw for 6 hours from my balcony. The backup power would beed to be silent.

Third – I like to go camping and so this backup power source would need to be portable so I could also have power camping.

Within 10 minutes I knew I needed to get a portable solar power generator. Which is basically a battery pack that can be charged with a small solar panel.

It was silent, had enough power, produced no fumes, was compact enough to fit on my balcony and very portable to take camping without any troubles.

Here are some images of what I’m talking about:

Portable solar power generators come in various sizes and styles. All come with some form of battery pack and solar panel. In some the solar panel is built into the power pack. In some it is a totally separate piece of kit that you attach with a cable to the power pack and even have to purchase separately. 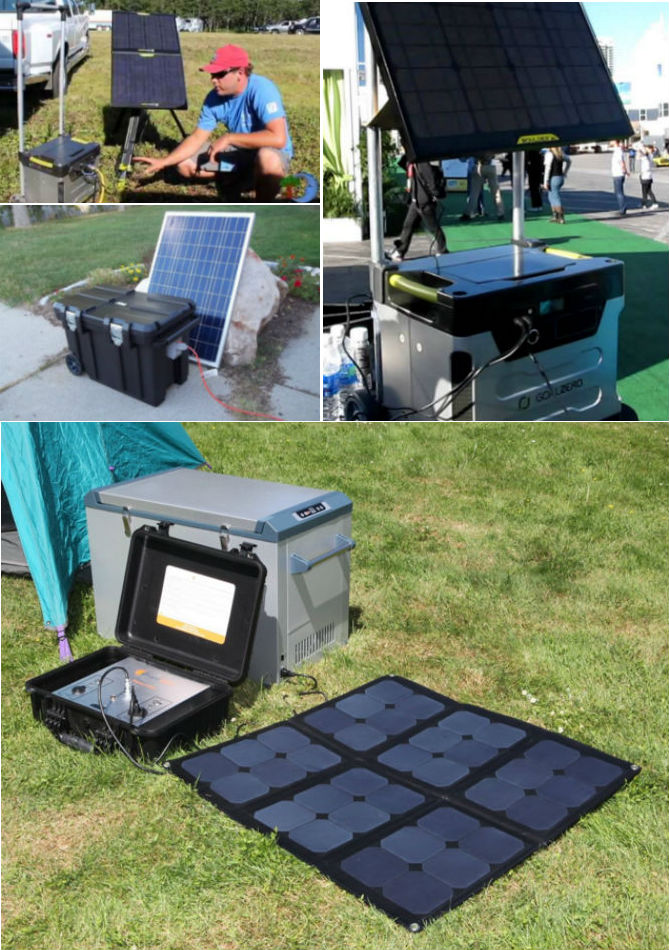 How much stuff can you power and how exactly does a solar power generator work?

You will pay more for a solar power generator than any other portable power option.

How does the solar generator work?

The gist is that the material a solar panel is made from allows it to turn light from the Sun into electricity for your appliances.

Electricity is flowing electrons and the light passes through the photovoltaic cells (solar panel) and knocks electrons loose from the atoms (material) and those electrons flow and are “captured” in wires as electricity. 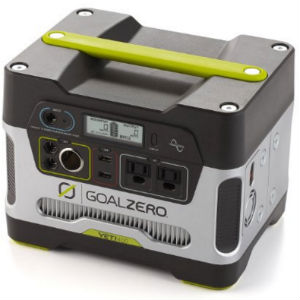 The Yeti Goal Zero solar generator is a great addition to your home – for both backup power at home and power when camping, boating, tailgating…

You will need to buy your preferred size solar panel(s) to go with the Yeti unit pictured here. Solar panels go for about $200 for a 30 watt capability. That size panel would fully charge this Yeti in about 35 hours depending on the Sun power in your location.

A fully charged 400 watt-hour Yeti will charge your laptop, iPad, GoPro, smartphone and headlamp a bunch of times each. Think of it as a weekend camping trip electronics charger.

It might seem pricey now but just imagine all the savings you make by not having to drive to gas station, fill up jerry can, drive home, fill up generator and also the maintenance costs involved with replacing filters, spark plugs and engine oil.

The best bet for avoiding fumes, noise and ongoing running and maintenance costs of a gas powered portable generator is to go with a solar generator.

This will allow you to go for months in the wilderness while still being able to use your GoPro can laptop to capture and upload your adventure for later distribution. The possibilities are endless….