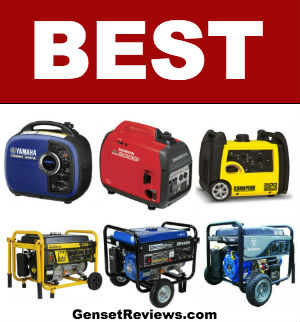 Note: Generators below listed with their running not surge or max watts.

The Generator Owned By Keen Campers, Hunters and Tailgaters 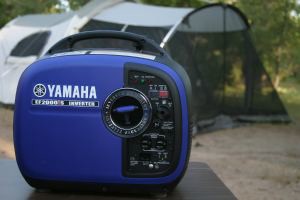 The best small inverter generator for most people is the Yamaha EF2000iS. It’s the inverter you’ll wish you had to power your heated blanket next time you’re camping in the winter.

So what makes it the best inverter? Let me tell you. It is the quietest – and is no louder than your fridge – making it easy to have conversations standing next to it. It is the lightest – around the same weight as a 5 gallon water jug – making it easy to carry and pack. It is very fuel efficient – and will last (at half load) 10.5 hours on 1.1 gallons of fuel – which is about 1 can of soda worth of fuel an hour.

The Yamaha EF2000iS provides clean, smooth electricity so you could also power laptops and other microprocessor electronics. It has all metal engine components. And is more affordable than the Honda below which is surprising considering it has some pretty neat feature upgrades. 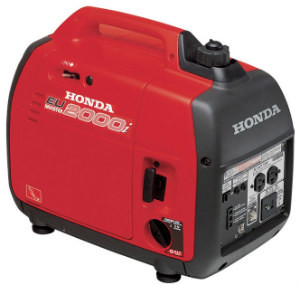 Putting Honda second on this list was about more than Yamaha blue vs. Honda red. So what was it then? Simple: the Honda costs more, weighs 3 pounds more, lasts about 1 hour less on the same amount of fuel, has a slightly bigger footprint and does not come with DC charging cables.

All that said, if you’ve owned mostly Honda in the past, and know your way around them already, then because of ease of maintenance you’ll probably save extra you spent in future years doing the repairs yourself. Check out the latest price:

With More Power For Less Money 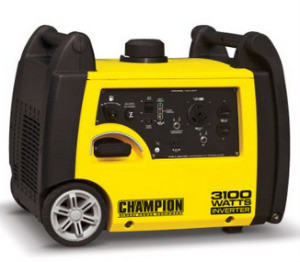 The value for money on offer with this Champion Power Equipment inverter genset will blow your mind. Here’s why: It’s less than the Yamaha and less than the Honda… And… Has nearly twice the wattage capacity. Pretty amazing value!

Champion has produced 2.5 million generators since 2003 – a little more than 200,000 average per year. Does that sound impressive? What if I told you Honda produces more than 6 million small engines for power equipment each year – a solid chunk for generators, and has been doing engines since the 1950s.

Anyways, the point of the comparison is to show you why Honda is able to charge much more for their brand name than Champion. They have a ton of clout when it comes to power products.

This Champion inverter genset is a great unit, nonetheless. It offers 2,800 running watts and can provide (25% load) electricity for 8 hours. With twice the power comes twice the size. As you can see it is quite a bit larger than the other inverters on this list. But it does come with wheels and fold down handle for easy movement. 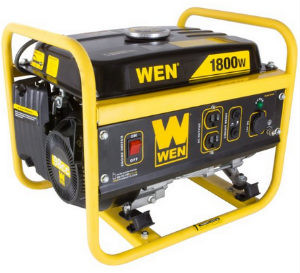 The best small-size conventional portable genset is the most affordable. It’s a great backup power source for your sump pump or to take camping to power your electric griddle or space heater or electric coffee maker.

It’s hard to tell from the picture the relative size of the generator – so I’ll tell you. It’s about the same size as your microwave and weighs 50 pounds. It has 2 standard 3-prong outlets and a 12V DC cigarette-lighter-style outlet.

It is approved for use in all national parks and forests so if you’re in the market for a small-size portable generator but don’t want to spend the extra money on an inverter style then this is your most affordable option. 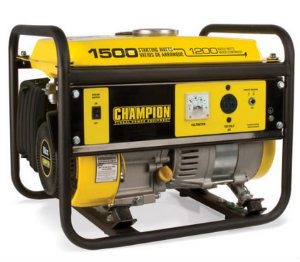 Another good option is this Champion. It’s more fuel efficient than the WEN – and will run at 50% load (which is 600 watts or, for example, a 1/4 hp pump or camping beer fridge) for 10 hours off 1.45 gallons of gasoline. That’s a runtime 2.5 hours longer than the WEN above…

…So you may ask why isn’t the Champion, the champion of small-size generators? It’s not the best in this category for these 3 reasons:

Buy the Champion over the WEN if your top buying criteria is runtime and size – the Champion takes up 30% less volume than the WEN. And as mentioned above – has a runtime that is 2.5 hours longer. 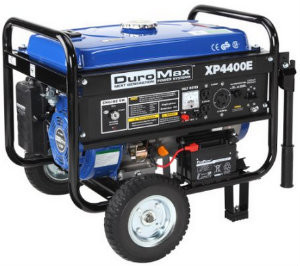 The best mid-size portable generator for most people’s needs is 3,500 running watts and is made by DuroMax. It’s a great genny for backup power in the case of an emergency. Here’s why.

It will save all your food from going off by powering your fridge, and also, keep you cool by powering a small AC… As well as give you enough extra juice for some lights, a small TV and charging for your smartphones. All the essentials!

The reason it is the clear #1 choice is it offers enormous value for money. You’ll see below the #2 choice has the same wattage but costs more. How is this possible?

DuroMax is a brand owned by DuroPower, Inc. and they do all their business online – mostly on Amazon. This allows low overheads and no middleman markup. Be sure to consider DuroMax if you’re in the market for a mid-size generator for backup power in the case of a hurricane. 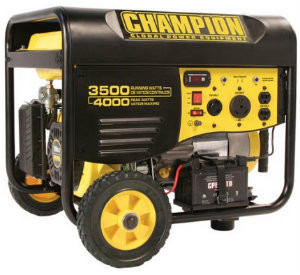 The reason to get this Champion instead of the above DuroMax is it has 4 hours longer runtime (12 hours total) with the same size fuel tank… It also has a wireless remote starter.

However, there are 2 main reasons it could not be ranked #1:

Okay, okay… So why is it ranked #2 then, you may be wondering? Let me tell you why.

The wireless remoter starter is hugely convenient. Think about if you go camping with this generator and use it to power items in your trailer… You sit back with a drink and flick on a movie. When the movie ends, and you’re a bit sleepy, all you have to do is grab the remote and press a button instead of getting up, grabbing the flashlight and going out into the cold night to switch it off. Also, as mentioned, it has incredible fuel efficiency and can last 12 hours off 1 tank (3.8 gallons) when you’re using ~1,750W. 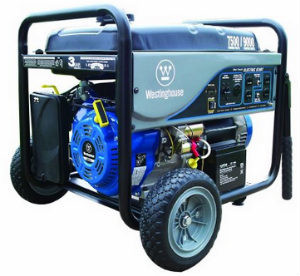 And when it comes to larger-size residential portable generators – the Westinghouse brand wins again. Here’s why.

Great run-time. Next time the power goes out you can rest easy knowing you’ll get 3,750 running watts for 12 hours – that’s from 6.6 gallons of gasoline… Enough power to ensure all the following:

What else can you ask for? See everything else you get at the link. 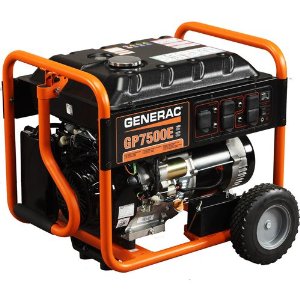 Generac Power Systems was the first company to offer affordable residential use portable generators. They did so under the Craftsman name through Sears in the 1960s.

They now use their own brand name and mainly focus on residential standby generators (they control 80% of that market) but are continuing on with their tradition of affordable portable power products. 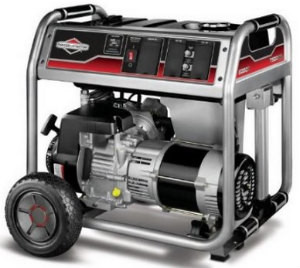 And since the engine is the heart of the portable generator, and Briggs clearly knows their engines… This list wouldn’t be complete without a showing from B&S. Here’s one of their durable and reliable gensets in the large-size residential category. 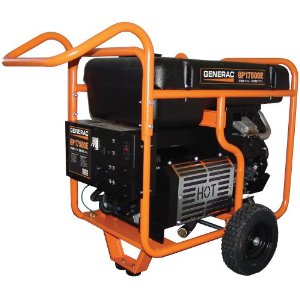 The largest fully portable generator on the market!

Here’s how big it is:

This generator is enough to power most houses. I would imagine most of you would hook this up via a transfer switch to your home’s electric distribution so you don’t need to plug things direct into the generator.

The great thing about buying portable is you can unplug it from the transfer switch and take it to the job site or the cabin.